We were treated to clear blue skies yesterday which was a real bonus and may well be a one off during our week away. I made the most of the sunny morning by taking several trips to the beach while Joshua was sleeping and my husband had some work that he needed to do. It was after midday when Joshua finally woke up and  he enjoyed his big breakfast.

After lunch at home, we took two dogs and went for a walk, with Joshua in the wheelchair along the cliff path and then back along the prom in the afternoon sunshine. It felt like a bonus that at the end of October we could sit outside a cafe with drinks and watch the waves.Joshua is  usually mesmerised by the sea so I walked him down to the shore,  but he pulled away to walk along the beach instead. He was striding out towards the boating lake , where perhaps he wanted to feed the ducks.

It struck me then how little input Joshua has into his activities on his half term holiday.  He is never consulted over where we go or even what we do while here. Voting with his feet is a pretty effective means of communication as I had no choice but to follow his lead. 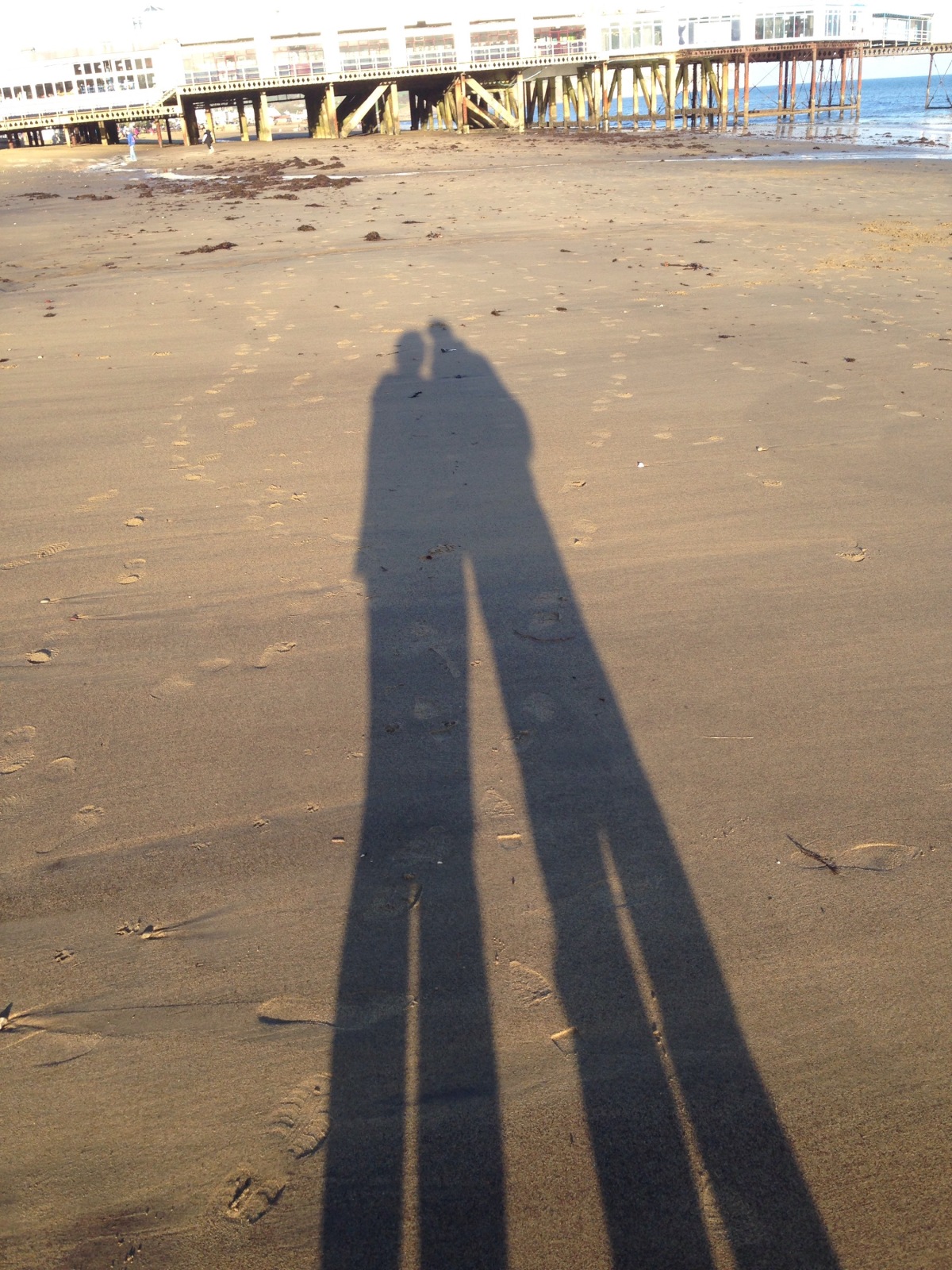 Once the sun started to go down, it became colder and we hurried back to the house. Joshua seemed to be ecstatic to be back indoors as he played with one of his favourite noisy toys.
After around an hour at home, we headed out again, this time to my Aunt and Uncle’s house for an evening meal. Joshua was delighted to see them both as he greeted both warmly.  But once again he exercised his free will by refusing to even try the home cooked meal that had been prepared for us, instead he sat happily at the table drinking his juice and bouncing up and down, grinning.

We are fortunate that Joshua is a laid back, sociable boy who has become much easier to take to people’s houses. When he was younger , we were permanently on edge as he would wander around their houses, exploring rooms and picking their belongings up.  At my sisters house, his favourite game was to endlessly walk through the kitchen, lounge and dining room doors round in circles, banging them all each time! Apart from using their remote controls as a telephone, Joshua did not disrupt my Aunt and Uncles home at all as after our meal, we settled into the lounge where we snuggled on the settee and he had a little doze as the adults talked.