It was an odd day of weather yesterday as storms were forecast and kept threatening, as the sky would turn black but in the main, we had sunshine. During one of the sunny spells, we walked along the seafront with Joshua letting him take the lead. he walked hand in hand with his Dad, while I had the dogs on a lead. Joshua decided when he needed to sit down and he made the most of the many benches along the seafront, choosing to sit, with his legs crossed and admire the sea view.He enjoyed being in charge of the walk and resting places. Again he walked quite a distance, before we decided to turn around as the sky had turned black and threatening. We sheltered from a brief rain shower in a cafe, where the dogs were allowed to sit quietly under our table, then carried on with our walk home.

Joshua had a nap and later we headed out again, this time to a cafe for afternoon tea. Joshua was delighted to get there, it is a favourite holiday haunt of ours so he started shouting ‘thank you’ as soon as we parked the car. He was excited as we walked in and sat down, waving at other customers so I was hopeful that he would eat and drink. But he got restless while waiting for his orange juice and victoria sponge to arrive, and I had to take him outside for a run around, to burn off some energy, as he was swinging on his chair and generally messing around. That did the trick as he both ate and drank once he got back inside, so we were able to enjoy our cream tea more. He was very taken with the young waitress, with a pony tail, and he stood waving at her for a while as we were leaving, but she did not see him. I suggested that he move so that she could see him better and try again, which he did and then he got the response that he was waiting for and only then, were we allowed to leave.

On the way back, we stopped at the hill where my parents ashes are now scattered, to let the dogs and puppies run around, although now it was very gusty up there. As we started walking, we saw a magnificent rainbow appear in front of us and the end was just over the place where we had scattered Mum’s ashes just days earlier. It is such a beautiful symbol of peace and it was there, just where, and when, I wanted to see it.It greeted us briefly then, as we walked towards it, it disappeared again, but it was there long enough to work its magic and to tell me that all is well. With rainbows and butterflies, it is certainly a very special place and it is a location where I too would like my ashes to be scattered when that time comes. 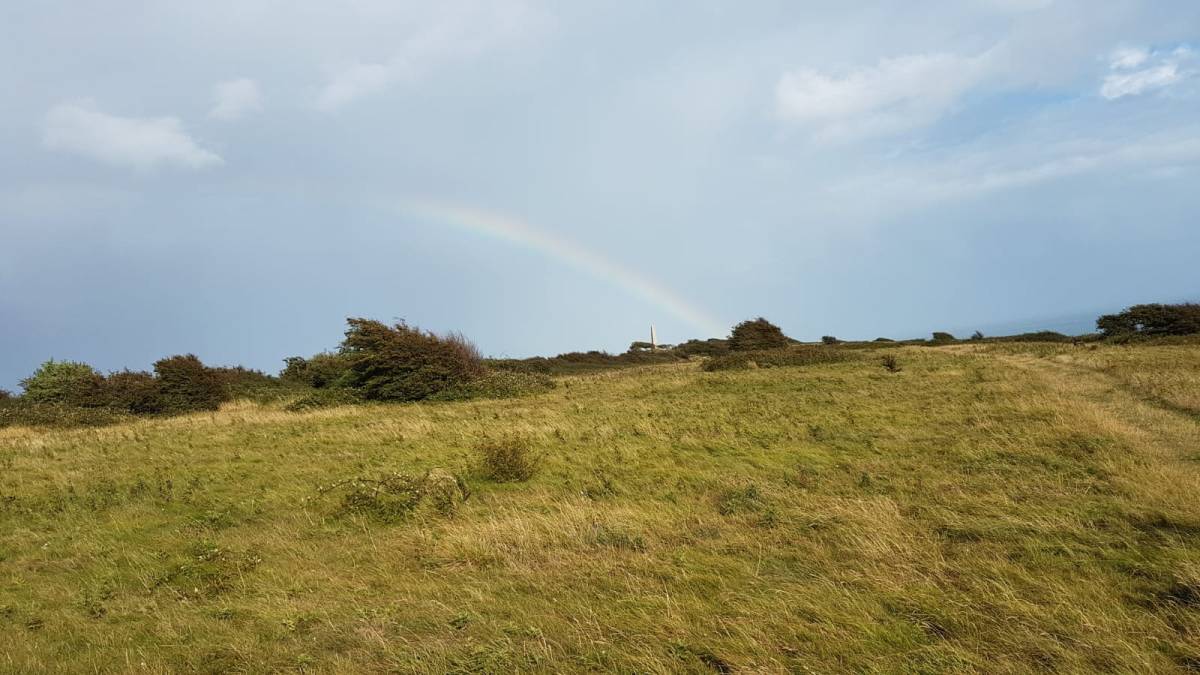