Since we have lived together, my husband and I have always had at least one dog in the family and at most, for a short while we had as many as five dogs living with us. So our current complement of four small dogs is not unheard of, though it was unplanned. The ‘puppies’ will be 6 months old next week and rather than feeling like hard work, as they have certainly added to the chaos in our lives, they have been such a blessing and a great distraction over the last six months.

I love to watch them interact with Joshua: how do animals so young know how to react to him? it must be innate or passed on by their gentle parents. They love to burst into his bedroom in the morning and jump on his bed, their tails wagging so hard showing how delighted they are to see him. Joshua laughs as he batts them away, from off his head as they want to lick the sleep from his eyes. Once he manages to sit up, he has a daily routine : he pushes their heads back to stretch their necks, and he pulls on their large ears. This appears like yoga for dogs, and they push themselves forwards to try to be the first to receive this treatment. I then need to shut them out of his bedroom, while he eats his breakfast – porridge or Weetabix –  as they would like to share that treat too, waiting for some spillage to clear up.  They have to stay away while he gets dressed too as they love to grab a sock and run off wit it, or play tug of war with it, further delaying the dressing process. Everything is fun for a puppy and Joshua shares their sense of fun.

They similarly pile on top of him when he gets home from school too, clambering over him, offering him welcome home kisses, as though they have really missed him. They bring him toys to play with and to throw or tug, and they enjoy a happy game together. Joshua has never known a home without dogs in it and I am certain that he adores them, they certainly seem to idolise him. Once the games are over, he will often have one pup on his knee and another on the back of the settee, resting a paw on his shoulder, they just want to get close to him and he is happy to let them.

I am delighted that as Joshua has inherited his parents’ love of dogs, the pups have inherited their parents love of Joshua. 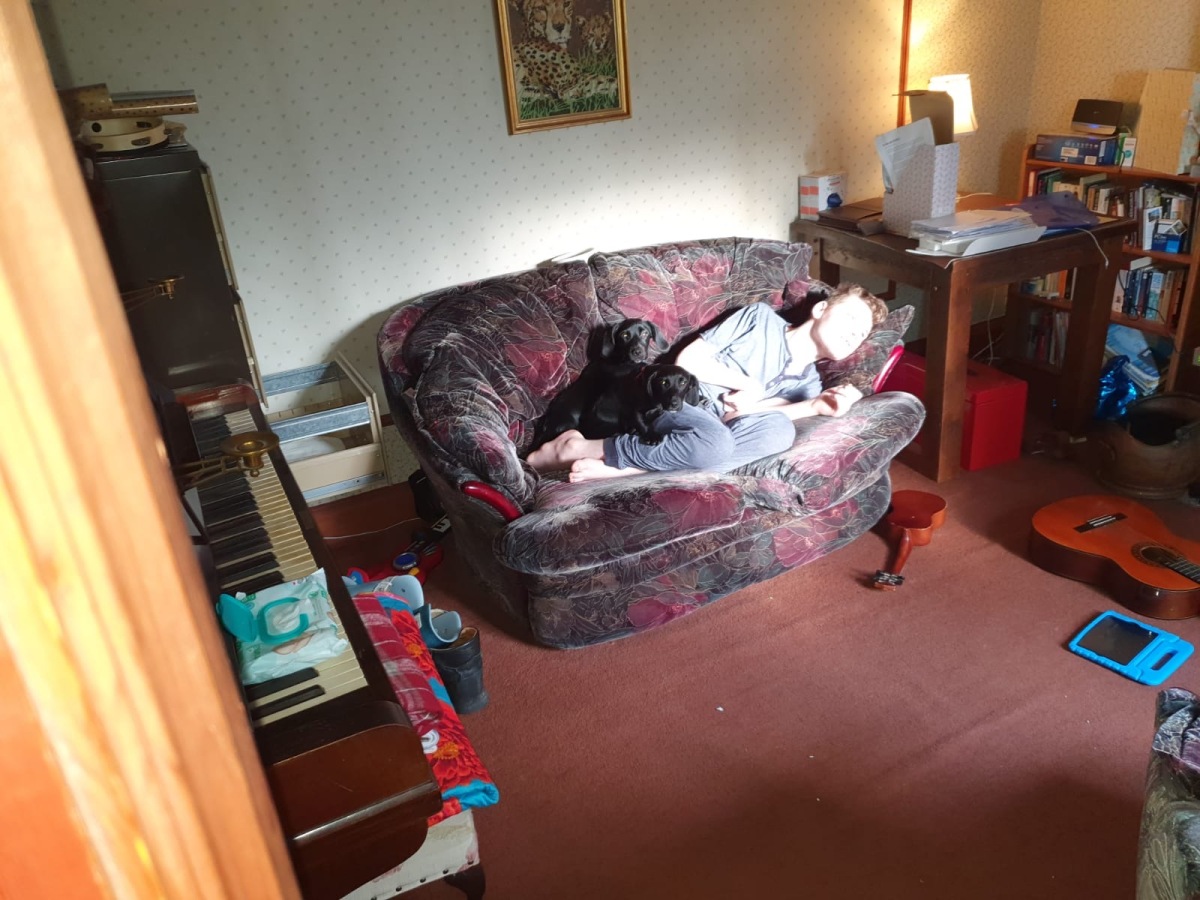